It appears Samsung’s Note 9 was the phone Huawei wanted to beat with the Mate 20 Pro. Ahead of the launch, Huawei emphasised the advantages of its Android software compared to Samsung’s, including claims of 14 percent higher power efficiency. The Mate 20 Pro also comes loaded with fast wireless charging, much like Samsung, but Huawei takes it a step further by adding reverse wireless charging. This function allows its huge 4,200mAh battery to charge any other phone that boasts Qi functionality.

With its curved glass display and aluminium unibody, it would be easy to mistake the new flagship for a Samsung Galaxy S9, but the Mate 20 Pro has one key difference, the addition of an iPhone X style notch where you’ll find the 3D facial unlock feature. Huawei has also introduced a new ridge finish which sets it apart from the design of its Android competitors and, on par with other competitors, the Mate 20 Pro has an IP68 rating for dust and water resistance.

On the bottom of the phone, you’ll find a USB Type-C port for charging alongside an expandable storage module. Following Apple’s trend, Huawei has also lost the headphone jack.

On the rear of the device, you’ll find the Mate 20 Pro’s three cameras. Huawei is known for bringing out new camera technology on the P devices, and then fine-tuning them for the Mate devices, and this has definitely been the case this year. The phone comes loaded with a 40MP primary camera as well as a telephoto lens and an ultra-wide sensor.

Huawei has evolved the AI technology in the latest device so Mate 20 Pro can detect different parts of an image and apply different filters to each subject. The P20 Pro could detect a blue sky in your photo and treat the whole image accordingly. Now, the Mate 20 Pro can recognise what part of the image is sky and process it accordingly, and can then detect people, buildings, or other objects under the sky and apply appropriate treatments.

Also new with the phone’s AI and camera is HiVision, which is Huawei’s version of Bixby Vision or Google Lens. HiVision enables you to identify landmarks, shop for products using the camera, read QR codes and translates languages.

Back in September the Kirin 980 7nm processor was announced which has made its debut in the Mate 20 Pro, and the handset also boasts 128GB of onboard storage and 6GB of RAM. These features, plus the high-end specification of the device, justifies an ex VAT RRP of £688 – significantly more than the Mate 20 at £472.

It is very apparent that the Mate 20 Pro is Huawei’s attempt at the best smartphone, and packing all these premium features the company is very much a key player, offering the likes of Samsung and Apple some serious technical competition.

For more industry news and advice, stay tuned to the Adam Phones blog and make sure to stay in touch with us on Twitter and LinkedIn. 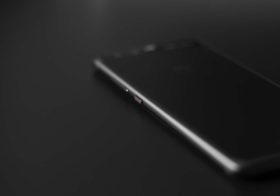