It’s now less than a month until the introduction of the Markets in Financial Instruments Directive II (MiFID II). The EU is counting down to the new regulations, which will overhaul nearly every aspect of trading; and with the release of the final policy statement, firms now have a full understanding of how The Financial Conduct Authority (FCA) will implement MiFID II on 3 January 2018.

The FCA’s final rulings on MiFID II will enable never before seen levels of identification of market abuse, inject more transparency and lessen conflicts of interest. The new reforms mean that the FCA will be able to pinpoint order flows by the trader, and even by the client.

At the recent AFME European Compliance and Legal Conference, the FCA’s executive director of enforcement and market oversight Mark Steward commented, “…the incoming European-led regulation would deliberately create lower thresholds so the regulator would have a wider discretion to act where there are serious concerns but not much hard evidence to really go on“.

One of the major day-to-day changes will be the requirement either to record or take notes of any phone calls with clients that are “intended to result in a transaction being undertaken”; with highly prescriptive guidelines around the recording of calls. As laid out under the FCA Consultation Paper CP16/29, the requirements for ‘taping’ calls (both mobile and fixed line) are the same: record all calls (internal and external) relating to the ‘reception, transmission and execution of orders’ and ‘periodically monitor the records’.

The risks associated with on-device recording are well documented, but by recording at the network infrastructure level, all of these risks and complexities are removed. You can use any device (or blend of devices), you don’t need to rely on the data network, you don’t have to train your end users, and you are always compliant with every call made and received.

We also know from the consultation paper, as initially envisaged, that the records storage duration remains at a minimum of five years; this high quantity of required data points firms in the direction of hosted solutions and hosted archiving. With any large quantity of data, it’s imperative that retrieving specific information is easy, efficient and cost-effective – especially in response to a regulator’s request.

Now is the time, with only three months to go, that firms should be in the final stages of their MiFID II projects and undergoing rigorous testing. Compliance teams need to ensure call recording solutions are implemented well ahead of the January deadline. This will allow time to carry out reviews of call records and fine tune the practices and documentation. Many firms are overestimating the time their compliance teams may need to plan, document and learn their processes – those that do will be in a far stronger and safer position at the start of the year.

Although the FCA has stated it will not initiate formal action against firms not fully compliant with MiFID II when it takes effect in January, it’s expecting companies to show they are making their absolute best efforts to achieve compliance. Companies that have done little to change their systems and processes will be at the centre of attention for the FCA.

Mark Steward, confirmed, “We have no intention of taking enforcement action against firms for not meeting all requirements straightaway where this is evidence they have taken sufficient steps to meet the new obligations by the start date, 3 January 2018. Our disposition is likely to be different where firms have made no real or genuine attempt to be ready or where key obligations are deliberately flouted.”

Now that the rules have been finalised by the FCA, firms have all the information they need to act and complete the implementation process. 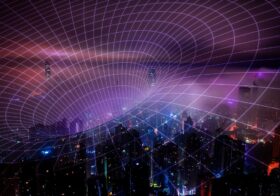 Why Hosted Telephony should be a core part of your business technology ...