Bold claims from Google suggest the Google Pixel 3 and 3 XL will provide users the best smartphone camera yet, marketing the product as a ‘new way to see the world’.

On Tuesday 9th October, Google’s latest smartphones were released to the world. The third iterations of Google’s flagship phone aren’t a huge leap forward compared to its predecessors, but it does bring Android to the user in a way Google intended.

These devices are powered by Qualcomm Snapdragon 845, and will come with Android’s 9 Pie software, instantly proving beneficial for smooth performance. Android Pie brings gesture navigation to the phone, whilst significant improvements to notifications have also been made. As Google’s latest flagship, users are also most likely to be first in line for future updates, which makes this an attractive offering to ‘stock’ Android fans.

The screens are bright and packed with a colour-rich OLED display. The Pixel 3 XL comes in at 6.3-inches whilst the Pixel 3 has a 5.5-inch screen. Compared to the Pixel 2, there are only marginally more pixels per inch, but the screen is taller. The main difference though, between the Pixel 3 and the 3 XL is the notch, with the XL featuring this hotly contested feature. Google, it seems, has focused more on specification this year than design.

In part, the notch on the XL is down to a hardware difference. Google has invested heavily in the camera capabilities of both devices, including a range of AI features that are built into the device, such as ‘Lens’, a night-shooting mode. Compared to the Pixel 2, Google has now added an extra front-facing camera with a wide-angle lens. This feature had to be offset on the XL with the notch, whilst the Pixel 3 absorbed this within its frame.

To prevent blurred photos or closed eyes, the latest Pixel phones include ‘Top Shot’ to pick the best photo, whilst a separate ‘Pixel Visual Core’ is a dedicated chip to give the camera it’s ‘wow’ factor. The rear-camera has a 12.2-megapixel sensor with an f/18 aperture whilst ‘Super Res Zoom’ mode takes multiple pictures at once, joining them together to provide more depth and detail.

Interestingly, battery life differs between the two devices. The smaller Pixel 3 has an eight percent larger battery than its predecessor, whilst the Pixel 3 XL, compared to the 2XL has only increased by three percent – though the improvement in efficiency across the processors is set to offset this.

There is no headphone jack and there is no MicroSD slot – though Google would argue its built-in cloud storage capabilities can counter any storage concerns.

For more industry news and advice, stay tuned to the Adam Phones blog and make sure to stay in touch with us on Twitter, LinkedIn and Google+. 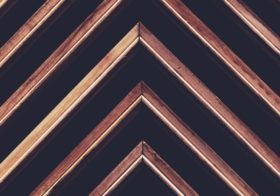