The significant growth of the used mobile device market (part 1)

In 2020, the mobile device market is set to see the lowest sales recorded in over a decade. CCS Insights are forecasting just 1.57 billion mobile phones to be sold, representing a 13% year on year decline. Marina Koytcheva, Vice-President of Forecasting at CCS, said: “In a lot of markets it will be hard to justify buying top-tier products”.

There can be no doubt that with flagship smartphones that make up a large proportion of the devices sold by the likes of Apple, Samsung and Huawei, now costing up to or in excess of £1,000, a new device purchase represents a substantial outlay for either individuals or businesses. This coupled with an economic slowdown leading to decreased demand, a global rise in unemployment, and supply chain issues in manufacturing and distribution all brought about by the Covid-19 pandemic, have all amounted to the projected decline.

The only category within the market set for positive growth, according to IDC, is the used smartphones market. Their forecast, which takes both officially refurbished and second-hand devices into account, projects a total number of 206.7 million units will be sold, representing a 17.6% year on year growth that sits above their projected 2019-2023 CAGR of around 13.6%.

IDC’s Anthony Scarsella said, “In contrast to the recent declines in the new smartphone market, as well as the forecast for minimal growth in new shipments over the next few years, the used market for smartphones shows no signs of slowing down across all parts of the globe”.

Reasons for this include a decline in the stigma of owning used devices, the surge of consumers utilising trade-in deals to offset the high cost of 5G devices introduced in 2020 and a market with declining innovation in key specifications. In a recent CCS Insights survey of 1,000 UK consumers, 60% of respondents said they would now consider buying a refurbished handset, with an estimated 2.6 million units sold last year in the UK.

At the Mobile News Xpo 2020, the used mobile phone market was discussed at length by an expert panel. Bastion Insurance Sales Director John Fannon said, “Cost is a key reason why customers and businesses are considering recycled phones. Lack of innovation [in the latest devices] has been a major factor,” he said. “But cost has probably been an even bigger one now that we’ve got to a point where flagship models are more than £1,000 – a price point which is too much for most customers.”

Fannon also pointed out that businesses, as well as consumers, were becoming more likely to opt for second-hand phones than previously before. He said, “cost is a huge part of it,” before going on to add, “There’s now much more acceptance [among businesses in buying] these handsets. It saves them money and there’s no disadvantage to buying a used phone, particularly in the B2B world.”

To find out more about the latest industry news and advice, stay tuned to the Adam Phones blog. In the meantime, make sure to stay in touch with us on Twitter and LinkedIn. 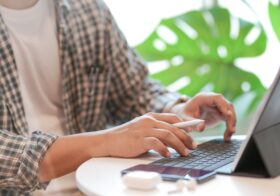