Welcome to part one of a special edition of our ‘Device Advice’ blog, where we have taken a look back at some of the key smartphone launches between January and August 2017.

There has never been a better time to purchase a mobile phone. This year has seen a significant acceleration in technology, with the introduction of bezel-less screens, dual-camera aspects and facial recognition. The market has become more competitive – customer demand has soared – but the urgency continues amongst leading manufacturers to source the most superior of technologies and parts in order to be crowned the most in-demand device of 2017.

In 2007 Apple released the original iPhone, a device that would allow you to store your diary, make calls, surf the internet, take photos – the phone was hailed as ‘revolutionary’. Fast forward to 2016 and (according to reports by IDC) smartphone sales had plateaued. Phone contracts became longer, and for some, devices became stagnant – features were too similar across devices.

In response, many well-established manufactures began to focus on more high-end devices to increase profits, with some companies choosing to focus on iterative improvements, whilst others introduced new technology that is now set to define the new standard for mobile phones moving forward.

In a year where smartphone developments accelerated, we take a look at some of the leading device releases between January and August 2017. 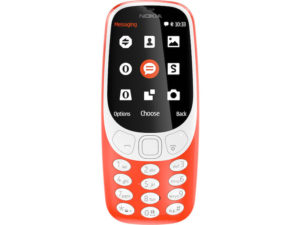 In February, Nokia played to its strength by re-releasing the much-loved Nokia 3310, a phone that pulled on the strength of nostalgia in a way no other device could. A 2.4-inch display with a resolution of 240 pixels by 320 pixels, the 3310 offers 22 hours of talk-time in a single charge. Unlike its original design, the 2017 Nokia 3310 features a camera – through the picture quality is far behind the market.

Whilst the latter half of 2017 saw hefty price tags attached to the latest devices, the OnePlus 5 brought a breath of fresh air to the market – an affordable premium phone with a phenomenal performance at a realistic price. The base model (with 64GB of internal storage and 6GB RAM) is costed at £375 (ex-VAT), but the deluxe design of the phone infers a more premium price point – the body is anodized aluminium, with a ridge named the ‘horizon line; running around the phone. 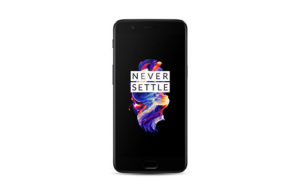 With rounded edges, the phone will sit comfortably in the hand, whilst the 5.5-inch Full HD AMOLED screen is great for watching videos or viewing photographs.

For leisure users, the OnePlus 5 is strong. Key features include a camera that captures stunning shots with artfully blurred background and an optimised reading mode that ensures the screen matches ambient lighting conditions, making this device a competitive one, but its lack of additional storage (no MicroSD support) is akin to storage issues on an iPhone – but without the premium price tag!

An early flagship contender for Samsung, the Galaxy S8 and S8+ boast one of the industry’s first 10nm chips, enabling heightened speed and efficiency in a way its competitors cannot match. The physical ‘home’ button has been removed, but replaced with a pressure-sensitive panel underneath, allowing the screen to take up 83 per cent of the device. The fingerprint scanner moves to the back, whilst the front strip of the phone offers an iris scanning sensor to allow users to unlock the device by looking at it. In terms of design, the S8 and S8+ are revolutionary. 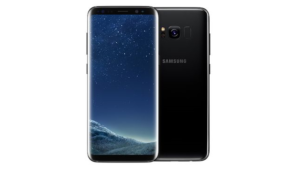 Bixby, Samsung’s first artificial intelligence assistant, will support any task asked of it whilst Bluetooth 5.0, the latest version of the wireless standard, allows connection between desktop computers and the phone itself.

Both stylish and practical, the Samsung Galaxy S8 and S8+ offer a long list of features that both business and leisure users will want, whilst the wireless changing capability of the phones has set the devices up for years to come.

The visually appealing Samsung Galaxy Note8 with its infinity display and superior connection speeds (allowing for browsing and streaming on both gigabit LTE and gigabit Wi-Fi) has become one of the most searched for smartphones of the year so far. With a range of technology on offer, the Galaxy Note8 suits both business and leisure users with a mix of both practical and fun features. App pairs is a nice feature, allowing users to display two apps on the screen at the same time, whilst the S Pen stylus can be fun for handwritten messages on photos or jotting down memos or document feedback.

The curved 6.3-inch screen and super AMOLED display is brighter and higher in resolution compared to the Galaxy S8 counterpart, whilst the tablet-hybrid features and functionality – targeted at users that need a desktop on the go. Unsurprisingly, all this comes at a cost. The Samsung Galaxy Note8 is one of the most expensive devices on the market today. Before VAT the device comes in at £725, but the array of new features onboard can justify the investment for some.

Stay tuned to the Adam Phones blog for part two of our special ‘Device Advice’ blog, where we will recap the smartphone releases between September and December 2017. Make sure to keep in touch with us on Twitter, LinkedIn and Google+.