Welcome to the first edition of our ‘Device Advice’ blog series. In this collection of blog posts we share our thoughts and insights into the latest device releases from the world of mobile, tablets and beyond.

Since Mobile World Congress (MWC) 2016 came to a close, everyone in the mobile and tech industry has been discussing the latest device releases that were launched during this year’s conference. Handsets and accessories were unveiled from the likes of Xiaomi, LG, Samsung and Sony – along with the introduction of a number of virtual reality, messaging and IoT innovations.

Samsung unveils its flagship device every year at MWC, and this year was no different with the launch of the Galaxy S7 and S7 Edge. Both are hot off the production line and have only just been released to the public, so we’ve taken a closer look at their key features and standouts. The S7 has a 5.1-inch display, and the S7 Edge is slightly larger at 5.5-inches. Both boast an an all-new low-light optimised camera, and an octa-core processor which means program loading, app switching and task processes will be faster than ever.

The S7’s always-on display means key information – like the time or missed calls – is displayed even when the screen is off, while using very little battery power. This feature stands out to us as a discrete means of staying aware of any urgent messages or emails, without interrupting workflow or meetings. The strong battery life of the S7 is apparently not one to be doubted – with Samsung claiming you can “comfortably binge-watch a whole season of Game of Thrones on one charge”.

Although visually the S7 doesn’t look too dissimilar to the S6, Samsung’s latest device does in fact stand out from the crowd. One of the key features of both the S7 and the S7 Edge is their IP68-rated water and dust resistance – meaning they are fully protected from heavy dust and can withstand being submerged in low-pressure water for up to 30 minutes. With smartphones already a central feature of everyday life, and quickly becoming one within the enterprise, this resistance provides an added level of physical security and peace of mind.

The second feature that really caught our eye was the addition of a MicroSD card slot, marking the return of expandable memory to modern smartphones. This addition allows the memory to be expanded to up to 200GB using an external card, meaning you can boost your capacity significantly, and at little cost. A large storage capacity is always useful, but with more and more data being transferred over mobile devices both within and between businesses, it is becoming essential. This also means media, apps and files can be physically moved from device to device, allowing for an immediate means of sharing documents offline.

One thing’s for sure – the S7 is set to be a real contender against established rival the iPhone 6S, and the new LG G5.

Alongside the flagship Samsung release, Chinese tech giants Xiaomi, ZTE and Oppo all released their latest mobile handsets – which displayed high power functionality at low-budget prices. Although the European release date is yet to be confirmed for these devices, it is rumoured their sale price could start from as little as £150.

HTC revealed its show-stopping answer to the Oculus Rift with the VR headset HTC Vive, which pushes the boundaries set by competitor headsets by including a room-sensing camera on the outside of the head-worn display. The headset will be available as of 5th April and includes a bevy of accessories including motion sensors. The company also launched an unexpected collection of mid-range smartphones: The HTC One X9, Desire 530 and Desire 825. These three showcased some of HTC’s classic features such as its Boom-sound speakers.

Sony launched its new Xperia X range of smartphones, due to be released worldwide this summer. The two phones in this range (Xperia X and Xperia XA) are both 5-inch designs with 23 megapixel cameras. A series of smart products, including the Xperia Ear, will also be introduced – to work hand in hand with the phones.

Manufacturers at Mobile World Congress certainly impressed this year, and the heat is on as these new devices enter the market from March 2016 – watch this space. 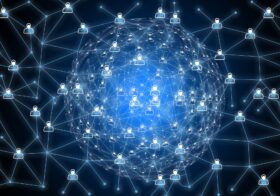