Welcome to the latest edition in our ‘Device Advice’ blog series, sharing our thoughts and insights into the most recent devices releases from the world of mobile, tablets and beyond.

Nokia made a come back at Mobile World Congress this year, with the launch of a revamped version of its 3310 handset; released in 2000, the original Nokia 3310 was one of the world’s best-selling mobile phones. Today’s 3310 reflects a time when phones were purely for calling and texting, and didn’t dominate our lives in the way smartphones do in 2017.

The rebooted handset stays true to its original design, however, it’s slimmer and lighter with a significantly bigger 2.4-inch full colour display and larger buttons. It’s much more compact but it doesn’t feel any less tough than the 2000 version. This is a phone you’d be happy to knock about, in a way that you probably wouldn’t with a Google Pixel.

The mobile runs the Nokia Series 30+ software, with a simple grid layout. The device has an alphanumeric keyboard and no touchscreen; of course, this means it takes a lot longer to write a message – and could take some getting used to for those that don’t remember the pre-smartphones days.

Obviously, as it’s not a ‘smart’ phone there’s not a massive price tag – the Nokia 3310 will retail at an average of around £40. But one of the main appeals of this mobile, over smartphones, is the battery life – and the 3310 doesn’t disappoint here.

It has a removable 1200 mAh battery, boasting 22 hours of talk-time and a month long stand-by. It can be charged and left lying around on standby for a month before it needs plugging in again, and you can talk for an entire day without needing to reach for the microUSB cable. It is also got a 3.5mm headphone jack – something the latest iPhone doesn’t have – and the battery can provide 51 hours of MP3 and 39 hours of FM playback.

Unlike the first 3310, this rebooted version has a 2-Megapixel rear camera – complete with zoom and LED. But be warned the photos are very low quality compared to those you can take with today’s smartphone cameras, with dull colours and low resolution.

However, there’s still no WiFi, no 4G, no app store – which means limited access to the web! The phone is 2.5G compatible, meaning you can connect to the Internet but the connection speed is very slow and provides only the very basic browsing experience. However, you can pair with other devices using Bluetooth.

Although there will be a market for the 3310 in the developed world, it will certainly be a niche one. Users may look to this device to purchase for a child’s first phone, as a safeguard for emergencies or as a ‘cold turkey’ phone for those wanting to take a break from the Internet. There’s also the nostalgia factor. Those aged 25+ will likely have owned the original Nokia 3310 in the 1990s and will have trust in the device for its reliability and build quality.

When it comes to business, for a company that just needs its employees to be able to make calls and keep in touch – especially in remote and precarious locations – this is perfect. Plus there’s no massive data bills or distractions from Internet browsing and apps. But for people that need to access emails, instant messaging, the cloud, and more – this just isn’t going to work.

Keep an eye out for our next edition of ‘Device Advice’ for a full roundup of the latest devices released at Mobile World Congress 2017. 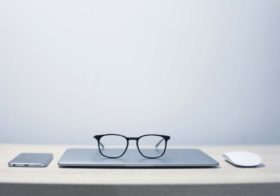