Welcome to part two of a special edition of our ‘Device Advice’ blog, where we have taken a look back at some of the key smartphone launches of 2017. This blog focuses on September to December.

In part one we took a look back at the Nokia 3310, the OnePlus5 and the Samsung Galaxy Note S8, with these devices offering both iterative improvements against their predecessors alongside strong technological gains that could arguably change the landscape for smartphones in the future.

In part two, we take a look at the smartphone releases that dominated conversation in the latter third of 2017 – September to December.

Ten years after the very first iPhone was released and in September this year, Apple announced three new iPhone devices with faster processors and better cameras than their previous counterparts – the iPhone 8, 8Plus and X.

With all three devices bringing a richer, more colourful display, the iPhone X took one step further – a 5.8-inch ‘Super Retina’ full-screen display that is set to compete against the Samsung Galaxy Note8. Whilst present on the iPhone 8 and 8Plus, the home button disappears, whilst a new facial recognition feature takes its place on the iPhone X – Face ID.

In terms of processing speed, the A11 processor is approximately 25 percent faster than the A10 in the iPhone 7 – and also prepares the iPhone X for both augmented reality, and the ability to create ‘Animoji’ – a new emoji that will mirror owners’ facial expressions.

The Google Pixel 2 and Pixel 2 XL encourage interaction. With pressure sensitive sides that can be squeezed to launch ‘Google Assistant’ the phones are perfect for those looking to join the increasingly popular craze of ‘Ok Google.’ And the use of ‘Google Lens’ – once activated will pull information from Google whatever the camera is pointing at – is perfect for those out and about and in search for answers, whether for business or leisure. 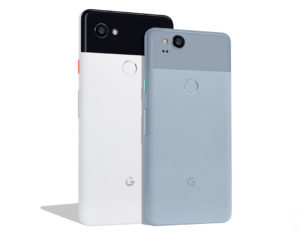 The Pixel 2 has a 5-inch display but keeps the same 1080p OLED screen as the original Pixel, whilst the Pixel 2 XL offers a larger 6-inch display with an 18:8 aspect ratio, and an OLED and QHD+ resolution to match. At a time when a dual camera is all the rage, both Pixel devices provide a single camera setup on the 13MP rear cameras.

The standout feature for the Pixel 2 and 2 XL is most arguably the infinite storage. All pixel owners have the ability to store photos and videos (in original quality) on Google Photos, the ultimate storage capability – and a key USP against competitor devices.

The next release in Huawei’s most successful product line to date, was the Huawei Mate 10 and Mate 10 Pro, offering a stronger and faster processor than ever before with eight ARM processing cores and a 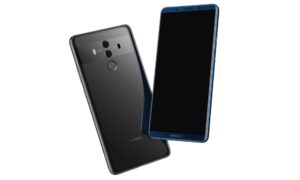 The capabilities here are strong, the device learns user habits and will begin to learn the next move of the user, saving both battery life and app usage as a result.The on-device capabilities offer data protection in a way competitors cannot match – all processing is done locally as opposed to contacting a server, preserving the privacy of the user in the meantime.

For business users both the Mate 10 and Mate 10 Pro offer dual-sim capabilities, whilst a supercharge feature allows it to sufficiently charge in as little as 30 minutes – perfect between meetings.

Poised as the no-compromise phone for media lovers, the LG V30 offers both high-quality audio and a wide-aperture camera, with a bezel-reduced screen to minimise disruption. Glass backed with curved edges, the LG V30 is sleek whilst its display stretches across the device, though it doesn’t quite match the infinity display of the Samsung Galaxy Note8. 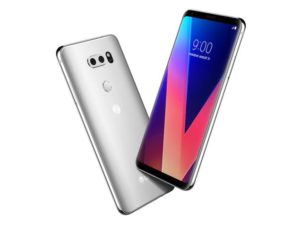 The device is fast. With Snapdragon 835 and 4GB of RAM the LG V30 is more than capable of performing the everyday task, whilst for gamers, the speed of the device against the bright and engaging screen allows for an absorbing experience. With Google’s Daydream Virtual Reality platform supported, the device will allow users to immerse themselves in the device in both a virtual and physical stance.

2017 has been the year that smartphones broke monotony. By the third quarter of this year, global sales of smartphones to end users totalled 383 million units, a 3% increase over the same period in 2016, according to Gartner, Inc, whilst all of the top five smartphone vendors achieved double-digit growth (although Apple achieved a 5.7 percent increase.)

From bezel-less screens, a touch of nostalgia and the introduction of facial recognition technology, devices launched this year have reignited a plateaued energy in the smartphone industry, and the market is responding.

Stay tuned to the Adam Phones blog for the latest insights and developments in the industry. Make sure to keep in touch with us on Twitter, LinkedIn and Google+.