MiFID II – one year on

MiFID II came into force on the 3rd of January 2018. For those who had never considered compliance around retention of records, there were several steps that had to be taken. It kickstarted the largest market reform in over a decade; which overhauled nearly every aspect of trading. Ultimately, MiFID II aimed to heed the lessons learnt from the financial crisis through increasing transparency and moving trading towards a more structured marketplace.

One year on from the regulation, we review how MiFID II changed the marketplace, how companies are implementing changes brought about by the legislation and what the future holds.

MiFID II certainly felt like a soft launch rather than a hard start. The breadth and complexity of the regulation were wide from the outset, opening up opportunities for confusion and interpretation, and the further into 2018 we got, the more apparent it became that this was the case. Many firms were interpreting MiFID II differently, and went on to act according to their interpretations. Lots of businesses had implemented call recording solutions before the January deadline as the changes introduced through MiFID II had led to many compliance teams working hard throughout the last quarter of 2017 to understand what technology and what processes they needed to update or introduce from scratch.

A year on from the MiFID II deadline and much has changed, but two key aspects stand out when looking at challenges that people have faced while attempting to comply with MiFID II. The first is the number of firms moving from one technology stack to another, often as a result of implementing a compliance product that was unreliable, the service received was poor or the output didn’t work in the way the vendor had promised. In some cases, the firm’s interpretation of what was deemed compliant for a particular aspect of MiFID II has changed since the regulation was introduced, forcing the organisation to strip out solutions they only implemented a year earlier. This has been very costly for some.

The second aspect that stands out is that firms have found themselves inundated with vast quantities of data from a whole host of streams. From calls, texts, voicemails and emails, through to IMs and market data. These organisations have spent a lot of time, money and resources meeting the MiFID II regulation, and now they need to make that regulatory burden work for them. It’s a huge amount of data, and it’ll grow given the extended 60-month data retention period of MiFID II, but firms are now realising that with the right technology, they can harness this data and gain valuable insights from it. These insights can then assist them in various areas of the business from trading practices and investigations, to training and performance management.

MiFID II has put compliance processes under the spotlight. With careful consideration, the appropriate (and continuous) planning in place, and the correct technologies, organisations can and have made great progress in this area, prepared for today, tomorrow and the future.

For more information on how MiFID II will continue to affect your business, get in touch. 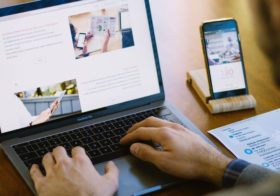 The truth behind BYOD and why you should avoid it 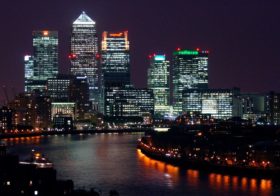 MiFID II has landed, so what’s next and is it ‘mission ... 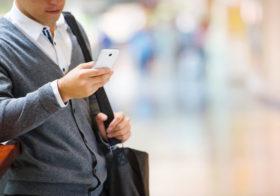 MiFID II is coming, is your mobile policy ready?